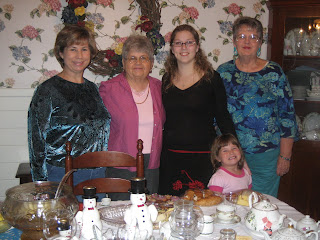 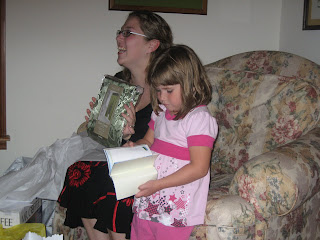 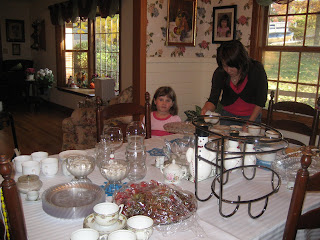 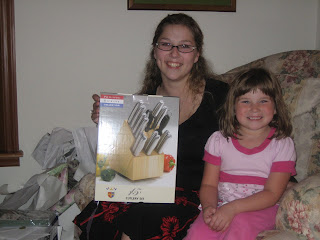 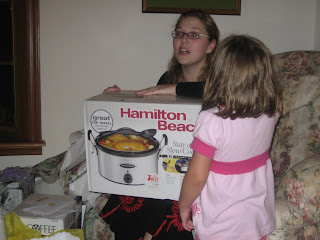 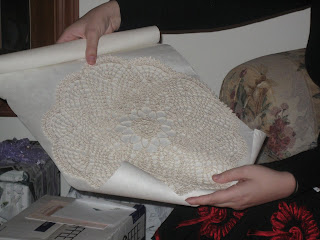 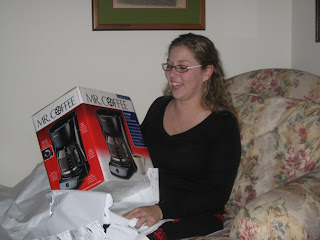 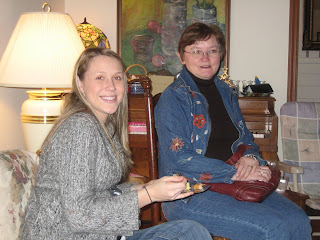 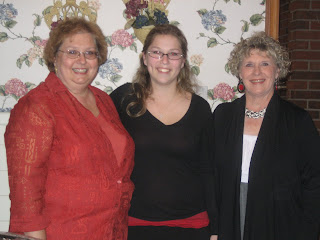 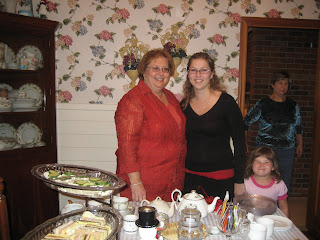 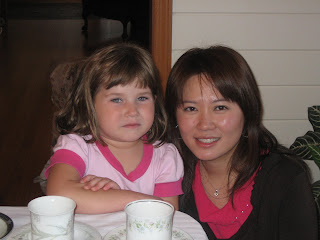 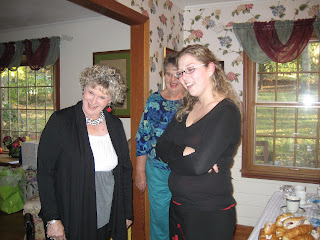 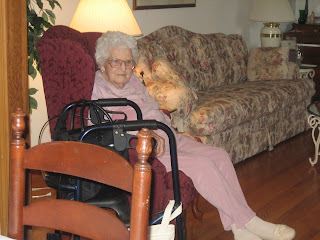 Hey, Y'all,
We had the bridal shower and had a wonderful time. I am posting pictures so that those who would like to see them can feel like they were actually there. I just got home a few minutes ago, and gave Gramps some of the sandwiches that Judy made.
The bride-to-be, Rachael, is Mark and Allie's daughter and is getting married in January.
You will probably notice the little girl who is in most of the pictures. She is the delightful 5 year old daughter of Karen, at whose home we had the bridal shower. The party was hosted by Karen, Judy, and me.
Pictures posted are:
1. Rachael and Lauren; 2. Karen, me, Rachael, and Judy.
3. Rachael and Lauren opening a gift 4. Lauren and Jennifer at the table
5. Gift from Marion, a crocheted doily made by Marion. 6. Rachael and Lauren
7. Jessie, sister of bride, and Charlene, friend of families 8. Rachael and gift
9. Allie, Rachael, and Lauren 10. Allie, Rachael, and Draema, mother of groom to be
11. Draema, Judy and Rachael 12. Lauren and Jennifer
13. Marion, Judy's Mom
I took more pictures but thought this would be a good representation of them. It was a lot of fun and we ate well (of course).
This is the last of the posting for today; it is late (nearly 11 p.m.) and my eyes are telling me it is time to close down and crawl into my bed. May you have a good night's rest, and I hope you will have a chance to go to worship tomorrow with your church family. God's blessings on each of you. This is Blabbin' Grammy signing off. More tomorrow. Bye for now.
Posted by Grammy at 6:29 PM

Those cupcakes looked Delish. I wish I could have been there it looked like lots of fun. I heard all about it from mom and jess this evening, you are a wonderful aunt grammy!!

Loved the Bridal party, it was as though I was there with you. The food looked delicious and am pleased all had a good time.

Thanks for visiting My World.....
we had a smashing day out, one which makes life worth living.
Take care Ruby.

I had a good time at the bridal shower. Everything looked wonderful. Pictures are good. Thanks for identifying everybody. Have a plesant Sunday!

All your goodies below look just wonderful. Makes me hungry. I just love sweets. Looks like everyone had a great time and so did I. Just ate too much!

Ruby,
Am full of envy with you being surrounded by all your family.
Am going to try your recipe for cupcake frosting too.

Keep a comin' with the Tennessee recipes. A change from our old British stodge at this side of the Atlantic.

Been really busy - hence so little on my Blog these past few days. Did a workshop yesterday. Will fill in the details tomorrow some time after choir practice and bloomin' old Beethoven's Ninth. No wonder he went deaf. Must have been when he wrote the soprano parts!
love, Babs. xx

Thanks girls, for all the good comments! The bridal shower was a blast and I had a really great time.